6 Examples of the NextSpace Effect in Effect

The coworking movement is full of serendipitous connections, inspired meetings, unexpected collaborations and collaborative next-leveling of projects and businesses.

At NextSpace, we’ve dubbed this the NextSpace Effect.

Examples of the NextSpace Effect can be found daily in our coworking spaces, and there are countless others—profound and subtle—that have occurred at NextSpace locations over the years.

Here are a handful of examples of the NextSpace Effect in effect, told by the people who experienced them.

A great experience I had was around the second book in the At the Heels of History chapter book series that I am co-authoring. The book tells historical stories from the points of view of the dogs who were there. My co-author Pam Berkman and I were preparing to write Bo-Bo’s Cave of Gold which is set in California during the Gold Rush. I was typing across the table from Noel Cilker, another writer. It turns out that he is a historian, and was completing a book set in San Francisco during the Gold Rush, and he had done huge amounts of research on the topic. So we had a wonderful source sitting right across the table. 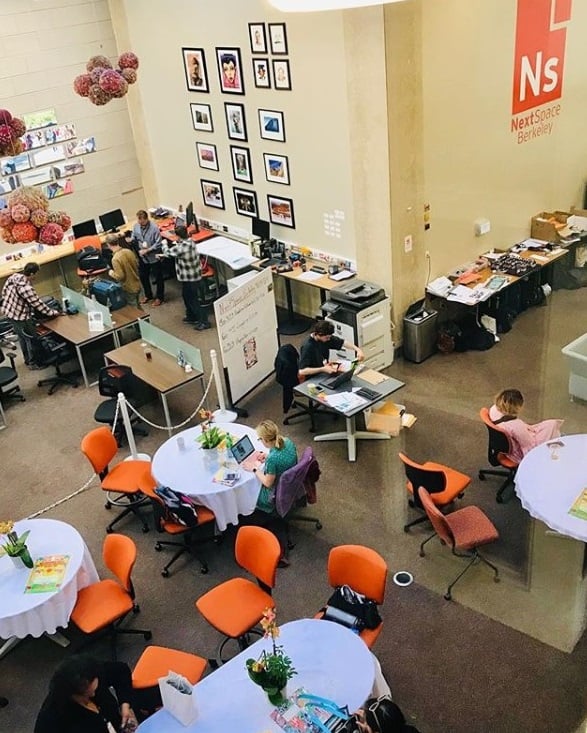 I landed at NextSpace at precisely the time that my comfortable life as a corporate executive ended and I officially became and economic refugee of the great recession in 2011. I had sort of anticipated this crash and realized that I now had three options: sink, sink faster, or do something way outside my comfort zone. Needless to say, I chose the latter – art as an artist.

NextSpace allowed me to hang a series of experimental pieces which rapidly pushed my creative horizons way out. Of course, the notoriety that these pieces garnered me also kept me in the public eye and that was instrumental in developing the businesses I was attempting to launch. This was the intention from the beginning and I can easily say that NextSpace shortened my development curve on all fronts by years. My residence at NextSpace has resulted not only in my business interests flying, but the emergence of an unexpectedly viable income from the art I have produced.

In the seven years that I have been a member of NextSpace I have executed more than 3,000 individual pieces of metalwork resulting in three nominations for artist of the year and numerous other awards, received two U.S. patents, formed one U.S. corporation, wrote, produced and directed a full length reality television show, created working concept pieces for a new seniors project, and created an educational project that will in short time put art back into every school in the U.S.

Very little, if any of this would have been possible had I attempted to do this working from home. What makes NextSpace unique in a growing coworking environment is the community that lives there. It’s the people, from the curators that stoke the energy, to the members that demonstrate an unusual level of intellectual curiosity and willingness to skill-share. There is simply nothing like this place – nothing.

Community Manager Julie Kodama has been central to connecting us to new opportunities, people, and ideas at every step along the way. She introduced me to Jaime Fearer, Deputy Director of California Walks, at NextSpace. Most likely during the regular Thursday happy hour, which has a Nextspace Effect of its own! Jaime and I would see each other in passing or in the kitchen and catch up about work/San Jose/etc. When both of us were chosen to participate in an urbanist cohort of the Silicon Valley American Leadership Forum, we were able to start from an existing place of camaraderie. We have gotten to know each other better and now when we see each other at NextSpace, we usually skip the small talk and dive right into big opportunities and challenges. It is the kind of space that fosters that kind of trust and relationship building. Most recently Jaime and I spearheaded a partnership between CA Walks and Veggielution to apply for grant funding together. We have introduced our teams to each other and will continue to work together even as Jaime makes her next move to a new job in DC.

The Veggielution team always knew of Gary Singh as a local celebrity and felt very cool being able to work in the same space (NextSpace) as him. He writes for the Metro, a local newspaper and website that covers local events, stories, music, and culture. He was curious about our work on a new downtown food cart pilot and offered to come out and learn more about it. Gary ended up writing a fantastic piece about our work and its connection to the City’s goals for (and struggles with) downtown development. This kind of exposure is key for our small organization and it feels very special to have the chance to know Gary better.

Veggielution is located at Emma Prusch Farm Park, a regional park that is also a neighborhood gem—located in the heart of East San Jose. While we are surrounded by acres of open space and community programming areas, we are woefully low on quiet, climate-controlled meeting spaces. When it’s hot we have no A/C and when it gets dark we have very limited options for gathering. Having access to the NextSpace conference room has made a world of difference for how we are able to come together and bring community together. For the same food cart pilot I mentioned above, which took place during the months of Nov-Dec 2018, it was critical for us to have a safe, warm space where we could gather with our program participants in the evenings. This is where we had some very formative conversations about how the program would move forward. It was important for us to honor the trust our community residents had placed in Veggielution by providing a productive and comfortable space to discuss our work together. 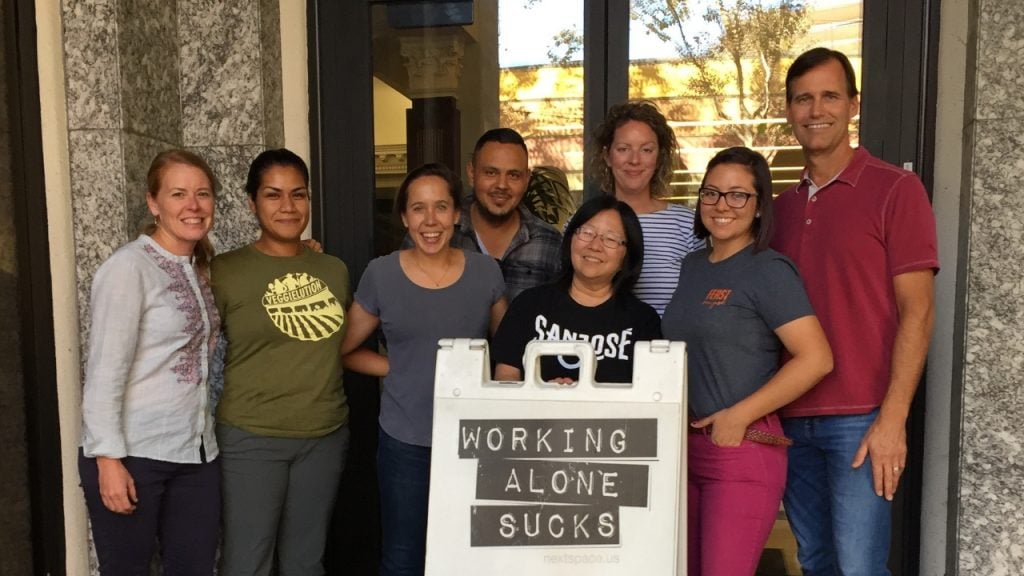 The community at NextSpace has been an invaluable sounding board for our ideas. Recently we embarked on a startup software project and needed feedback for our pitch deck. Several members agreed to meet with us in a series of feedback sessions to help polish our pitch. What came out of this, however, was a very generous collaboration that influenced the direction and features of the software product. As an entrepreneur in a fast moving tech market, it can be scary to share ideas. NextSpace has provided a safe place with a caring, respectful, and professional community in which we can talk about ideas openly, build better products, and create opportunities. 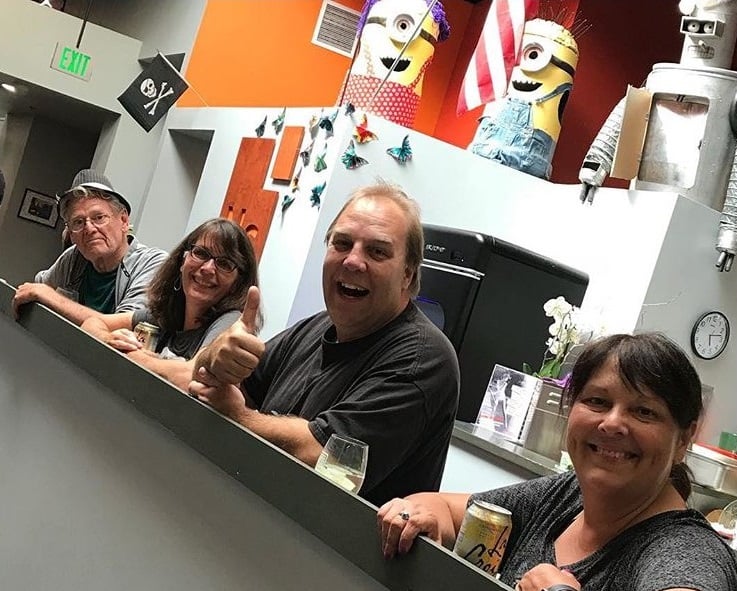 5. More than One Way

It also opened up this realization that there’s so much to these serendipitous moments of bumping into one another. I don’t think that was something I fully grasped until working at NextSpace. So, when we’ve designed our studios, we’ve always tried to keep an open office setup to allow for serendipity. 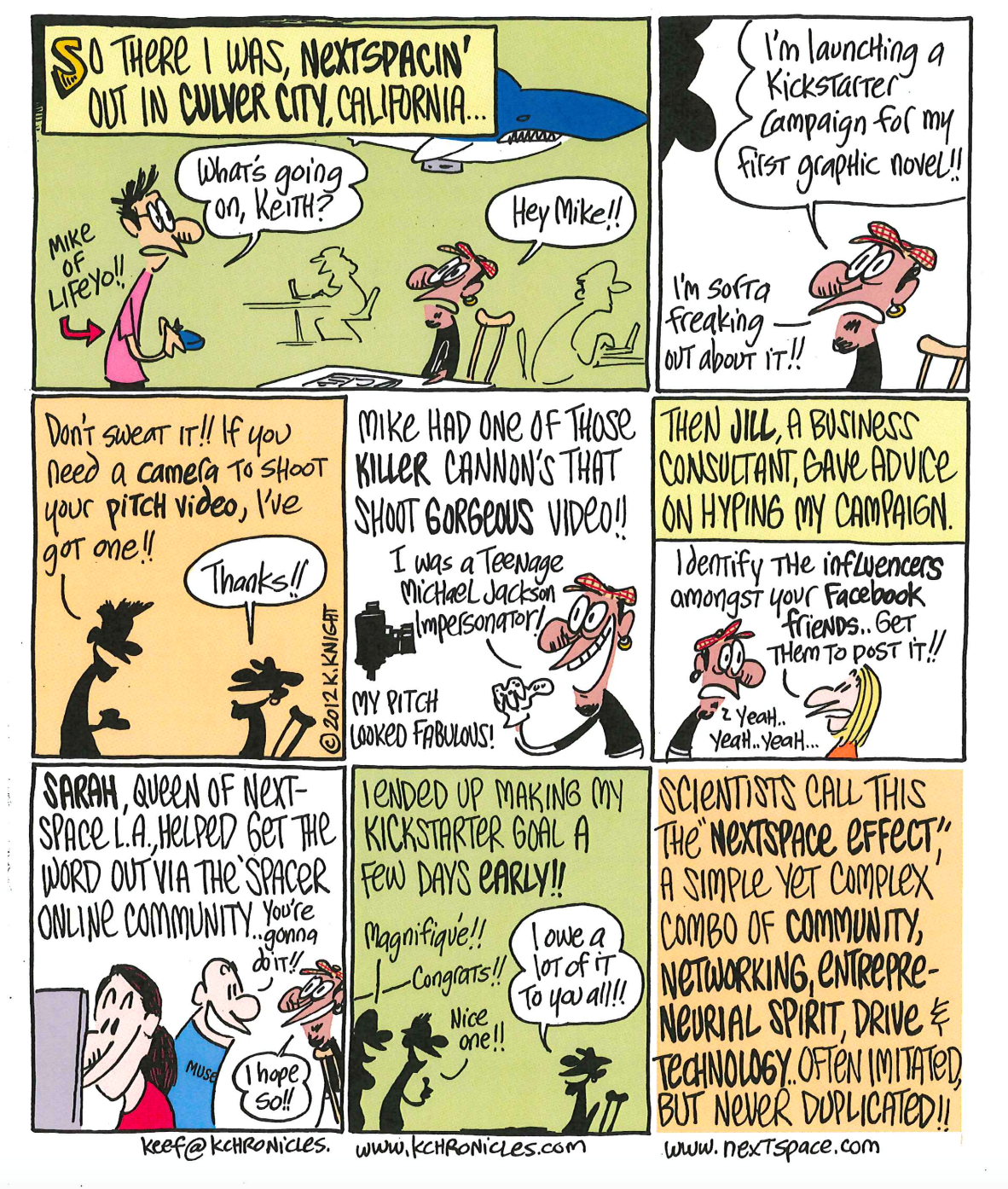 Want to experience the NextSpace Effect for yourself? For more information about NextSpace or any shared workspaces powered by Pacific Workplaces, visit pacificworkplaces.com.