NextSpace is known in the coworking world as a pioneer in the art of connecting people in a way that fosters organic collaboration and innovation within a workspace community (a.k.a “The NextSpace Effect”).  As a key facilitator of the NextSpace Effect, read on to learn about William Abriel, Community Manager at NextSpace Coworking Berkeley.

What brought you to NextSpace Berkeley?
Originally, I applied because of a friend’s referral for a position at Pacific Workplaces in Walnut Creek. NextSpace is powered by Pacific Workplaces (‘Pac’) and is part of the Pac family of coworking spaces, but each location is different and has its own unique personality.  I ended up interviewing at NextSpace Berkeley and initially didn’t know much about coworking, but was very intrigued after my interview. I started as a Community Coordinator and then was offered the Community Manager position after about a year.

What does your ideal coworking space look like?
My ideal coworking space would have an interesting collection of people who are not bothered by the obnoxious things that I want in it, like that floor piano from the movie ‘Big.’ In terms of meeting rooms here in Berkeley, I would have a media room (which we plan on getting), so I could record some music in my spare time. A member has made mention of a puppy room… I think that would be pretty up there on my list. It sounds very stereotypical, but I would also want a ping-pong table somewhere. If I could find a way so that it doesn’t take up a bunch of space or make ridiculous amounts of noise, I would have a racket-ball court as well.

What do you like best about working in NextSpace Berkeley?
My favorite part of working here is when I get to hang out and chat and connect with people and learn new things from them. I get the pleasure of working in a space and city filled with really smart and interesting people, who seem to be a never-ending source of new information which is really fun because I like to learn.  This feeling of connecting and learning from one another permeates throughout our workspace community. 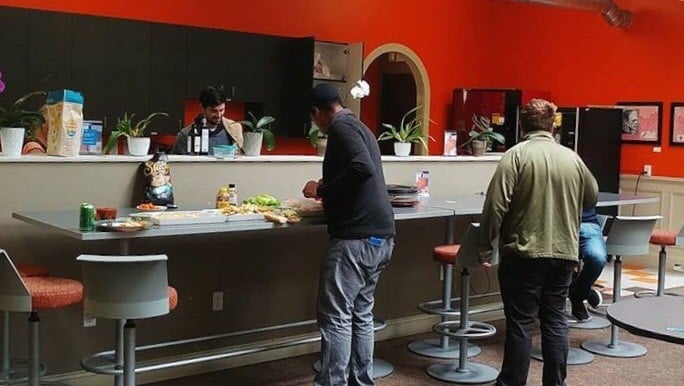 William plays Chef behind the counter at a Nextspace Berkeley Event 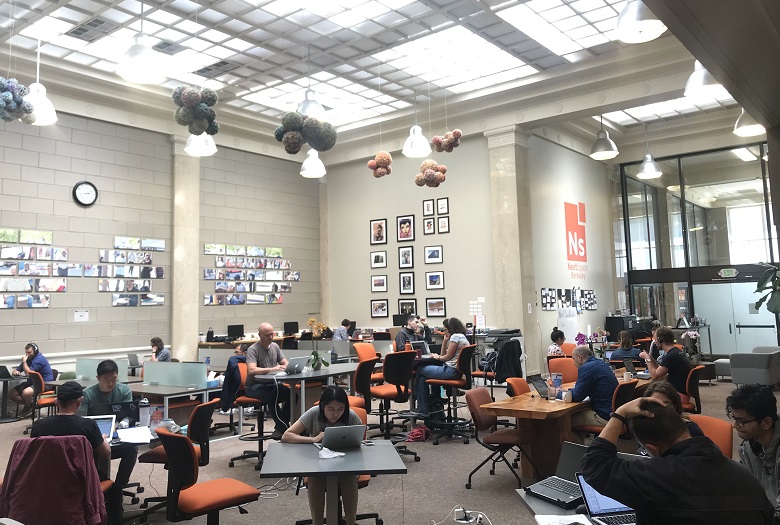 Are you a hunter or gatherer?
It depends on what I’m doing, but in general, I would consider myself more of a gatherer. I often have an idea of the things that I’m looking for and where/how to get them, but I tend to wander and pick up things along the way rather than chase a target. I was 100% that kid on the baseball field who was playing with the grass and missing the fly ball.

What is the best advice you have ever been given?
Be yourself.

Any hobbies you want to share?
I really like languages and etymology. I often find myself going down a rabbit hole of where a word comes from and why it looks the way it does, or how it has changed over time only to find that I’ve wasted mine (time). I also really enjoy playing and writing music, which is particularly fun when collaborating with a friend. With the recent power shutdown it was nice to have some acoustic instruments laying around to kill some time.

Looking to join a coworking community?  See our events section at NextSpace Berkeley.

For a list of locations in Northern Califoria, check here.