NextSpace Santa Cruz: The Near-death and Unexpected Reemergence of a Coworking Community

Technically, the community was in decent shape, but the company that housed us was in a downward spiral.

How far we had fallen.

For years, NextSpace, and particularly NextSpace Santa Cruz, was a model of community coworking. My first year of coworking was spent, not at NextSpace, but in a beautiful workspace in which I connected with hardly anyone. When my contract was up, I walked into NextSpace and told co-founder and former CEO Jeremy Neuner and NextSpace employee number one, Iris Kavanagh, who now runs Coworking with Iris and co-founded Women Who Cowork, “I’ve realized I don’t need a coworking space, I need a coworking community.” Jeremy responded with a smile and said, “You found us.” 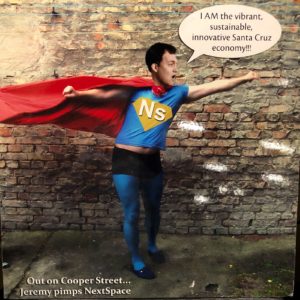 He was 100 percent, spot-on. I made more connections in the first week at what is now my beloved home space than I had in an entire year at a space that wasn’t the right fit for me.

The day I knew I was home was a couple of months into my membership. I walked in and someone hollered across the room, “Hi Cat.” Then someone else said, “Hi Cat!” Then it became a thing, and everyone was looking up from what they were doing and saying, “Hi Cat!” 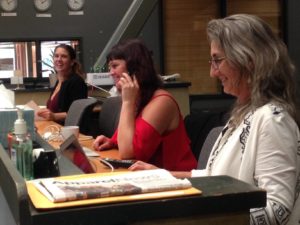 It chokes me up just thinking about it. My coworking community had nudged its way into my heart in a big way. It became one of my most treasured things in this life. It’s an experience, a circle of friends and support, and a business productivity and accountability resource all rolled into one.

My coworking community challenged me to think bigger and dig deeper into my authentic self. It also offered everything I needed to stretch my wings as a solopreneur and grow my business. For every question I had, a fellow member had the answer. And they asked the same of me.

Then things took a turn for the worse.

One day, out of the blue from the members’ perspective, people who had formed and built the company and community were being fired or leaving. People who were fixtures in the space suddenly disappeared. The members talked amongst ourselves about what was happening, but we didn’t have the inside scoop, so rumors and gossip were all we had to go by.

Bad turned to worse and worse turned to even worse still.

Community managers were turning over as quickly as they came in, cherished community members-both on-staff and in the membership-left, we got a new “leadership” team that not only didn’t spend time in the coworking space, they could be heard fighting behind closed doors.

At one point, one of them berated one of the community managers in the open space. That was another low point.

There were a lot of those. Longtime members cancelled their memberships or stopped coming in, the space had a walking-on-eggshells vibe, people were openly discussing what a horrible state of affairs it was and it was abundantly clear that employees were far from happy.

A former core member of the community suggested that maybe NextSpace was something that was amazing once, but was now over.

That wasn’t an acceptable solution to us current members.

Granted, the business had financial problems that were way above my need-to-know, and the new leadership was stressed and trying to turn the ship around. But, from a member vantage point, firing everyone who cared about the company was the wrong strategy.

Some of us longtimers had meetings and brainstorm sessions and email campaigns about what to do. We couldn’t stomach supporting a company that had strayed so far from its roots and community focus. We floated different ideas for possible next steps: move en-masse to another coworking space, create our own space, see if we could find a local company with enough desks to house us, create a coworking co-op.

No one wanted to leave, but it was becoming impossible to stay.

Then we started hearing buzz about a company called Pacific Workplaces. Most of us had never heard of the company, but rumors were floating around that they might buy NextSpace. And they did.

There was concern among members in Santa Cruz about what might happen to our warm, community-focused space with its comfy couch, funky paper mache characters, member photo wall and local art. Who was this workspace company that would become our new leader?

But we were a sinking ship and, really, things could not have gotten worse. So we cautiously welcomed the Pacific Workplaces team into the space. To their credit, they basically said, “You guys have the community thing dialed in. We’re going to leave that to you and support you in building NextSpace Santa Cruz back to where it needs to be.”

Most importantly, they brought back our beloved community manager and coworking veteran
Maya Delano, and hired coworking pioneer Kavanagh to help get things back on-track. 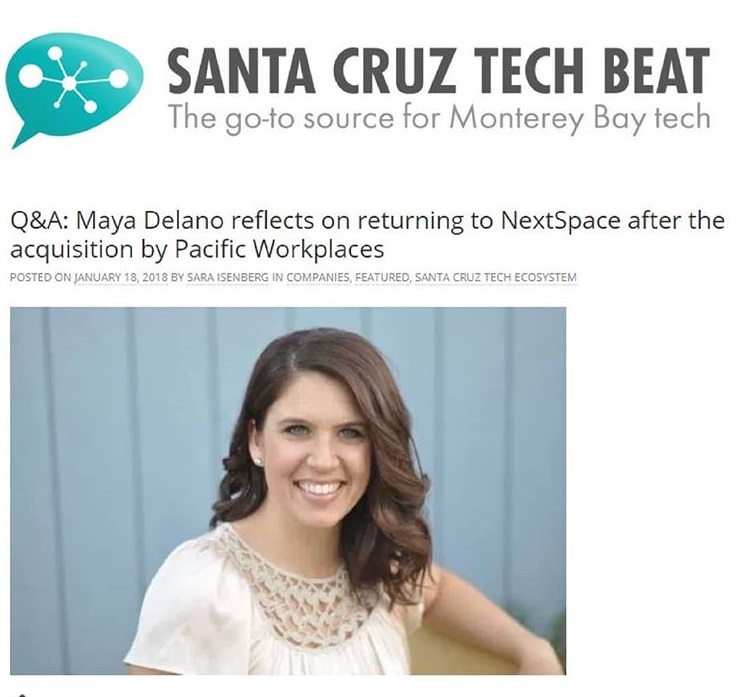 Pacific Workplaces got to work fixing the behind-the-scenes of the business to make it viable. This has been quite awesome. Among other things, the company gave us more collaboration space, day offices, supercharged meeting rooms with Apple AirPlay, new ergonomic chairs with armrests, smart whiteboards that are as smooth as silk to write on, more outlets, a new fridge, a new paint job and new tile in the restrooms. They also brought in what Delano described as their proven “business backbone” and a forward-thinking perspective on tech and business amenities. 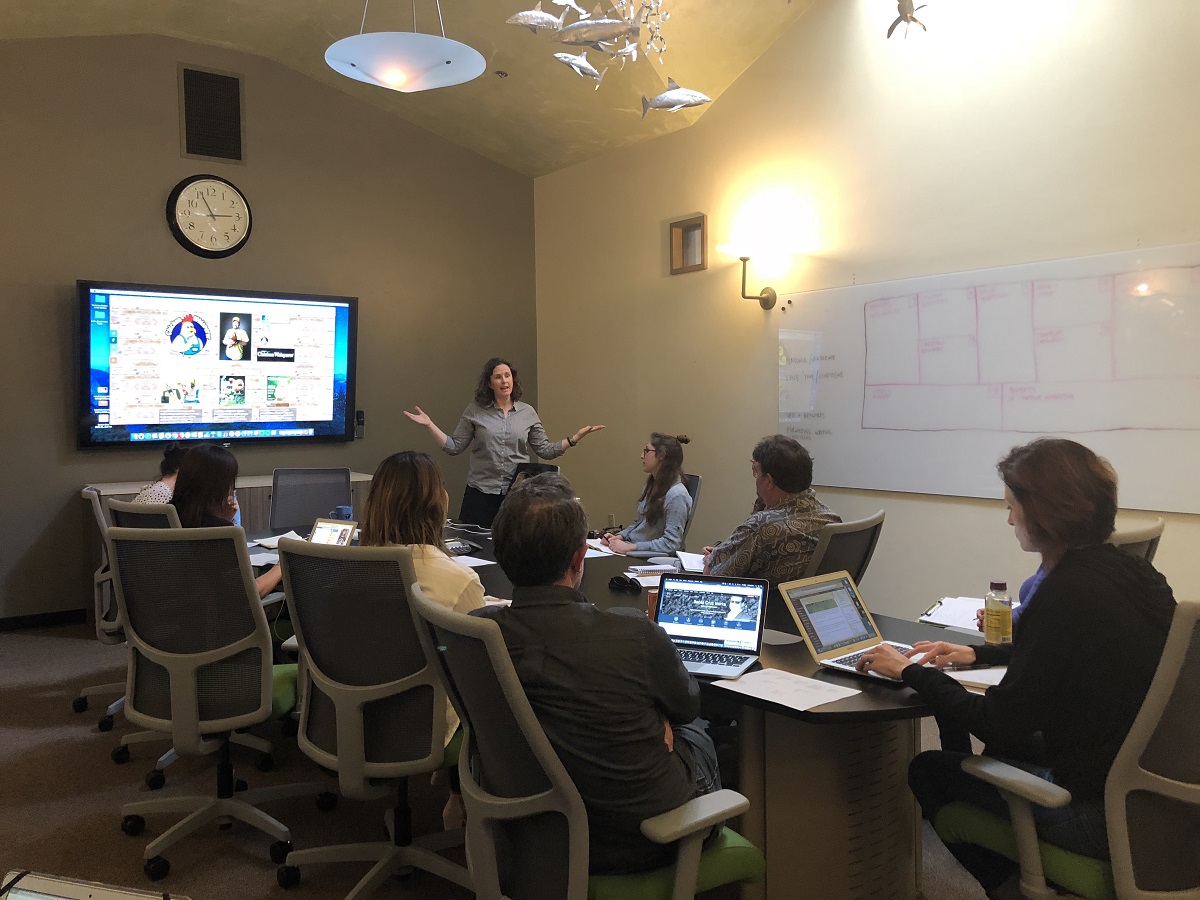 “They know how to run a business very well,” Delano told me, “and they are very thoughtful about it.”

There have been a few grumbles from NextSpace longtimers about how the space has changed, but the biggest complaint I’ve heard is that the white paint in the bathrooms is too white.

Not too bad for a space that was in a tailspin.

Eight months in, NextSpace feels to me like it’s back to its former glory. The space is hopping, every office is filled, the weekly happy hours feel like family reunions again rather than wakes, we had an off-the-hook holiday party which made last year’s sad little plate of cookies seem like, well, a sad little plate of cookies. NextSpace was recently voted Best Coworking Space in Santa Cruz by Good Times readers. 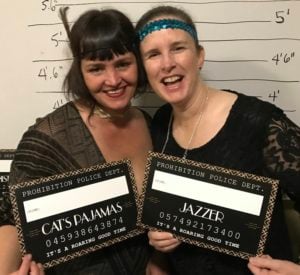 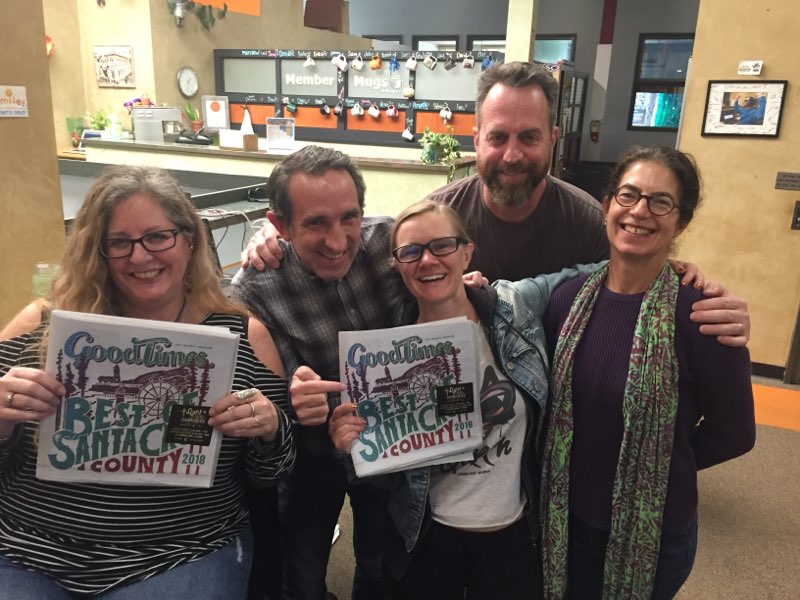 The Pacific Workplaces team has been responsive and easy to work with and, from all appearances, the NextSpace Santa Cruz crew loves their new teammates. I now help Pacific Workplaces with content strategy and creation and appreciate the team’s nice balance of business savvy, professionalism and humanness.

The team members I work with, including Laurent, Keith, Karina and Kim, share their insights into virtual offices, automation, day offices, the company’s approach to marketing and their network of workspaces around the world. The Santa Cruz members show them what our community is all about and probably make them laugh with our oh-so-Santa Cruz approach to life and tales from the good old days. As one member once pointed out about our community, we take our work seriously, but we don’t take ourselves too seriously.

I can’t speak for everyone’s experience-you’d have to ask them for their take on how everything went down and how they feel now. But I can tell you, the sparkle is back in the eye of our community. We had one foot in the grave and now we’re back, stronger than ever.