Featured article below as seen on the New York Times

The biggest news in the world of coworking has been the turmoil at WeWork. But a quieter development has been happening behind the scenes for some time, and it has to do with design.

While coworking companies have long sought space in historic, architecturally significant buildings — believing that a marquee address will help attract occupants — they are now paying more attention to their interiors as well. 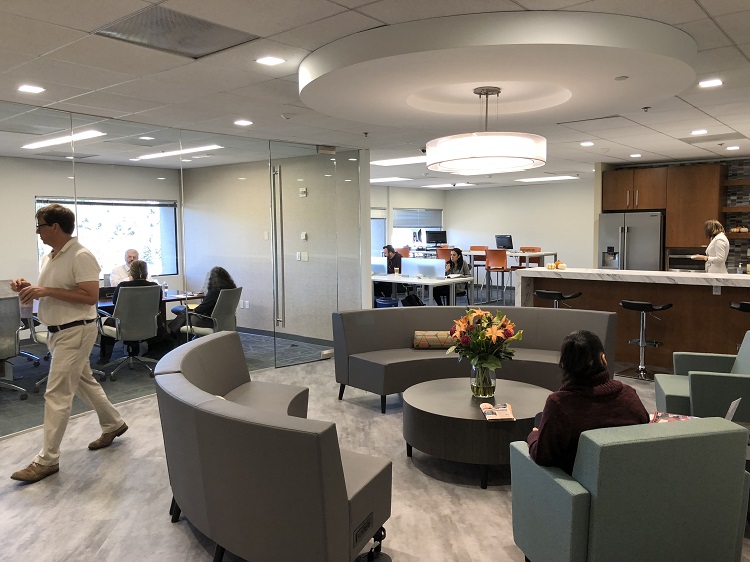 Beanbags, your days are numbered

Small operators in particular are doubling down on design to differentiate themselves from both the bro-y, beer-on-tap, tech-centric atmosphere of the early days of coworking and the corporate, plain-vanilla settings of recent years.

Take Pittsburgh-based Beauty Shoppe (from $125 per month), which opened in 2011 in a century-old redbrick building and borrowed its name from the sign left by a previous tenant.

Beauty Shoppe, which has eight locations and next year will expand into a former automotive parts plant in Pittsburgh and a cold-storage facility in Detroit, is inspired by the buildings it occupies. In Cleveland, its coworking space in a former tavern has an almost residential feel, with peach-colored curtains, brushed-brass lighting and even a black-painted Windsor chair under the pressed-tin ceiling. And in a Brutalist bunker of a 1970s concrete building that once served the Pittsburgh police department, vintage steel tanker desks that detectives left behind were refurbished and used anew.

In Detroit, an old iron spiral staircase in the former industrial building will be repurposed. “This is not a blank canvas,” said Morgan Stewart, an interior designer who leads the company’s in-house design team. “There is already a story, so why not remember it?”

Canopy (from $275 per month) sprang on the coworking scene armed with impressive design credentials: One of the company’s three founders is Yves Béhar, the innovative Swiss-born chief executive of the design studio Fuseproject.

Béhar has designed workstations and chairs for Herman Miller for more than a decade and has been thinking about office design for longer than that. In 2016, he teamed up with Amir Mortazavi, a developer, and Steve Mohebi, an entrepreneur, to open a coworking office in the Pacific Heights neighborhood of San Francisco.

A space in the Jackson Square neighborhood came next. The most recent Canopy is in the Financial District, and a fourth is in the works.

The interiors are chosen for their abundance of natural light, and materials run to marble and solid wood.

There is a surprising amount of color, too: The Jackson Square office, for instance, is done up in pinks and greens, which, Béhar admitted, “initially sounds like a challenging idea.” It was inspired by the verdigris tones of a historic building across the street and the pale blush of another local landmark.

As for furnishings, ergonomics rule. Béhar’s own Public Office Landscape desks and Sayl chairs make an appearance. Firm modular sofas by Don Chadwick — supportive and not too deep — are found in common areas, so it is easy to take notes while meeting with colleagues, Béhar explained. 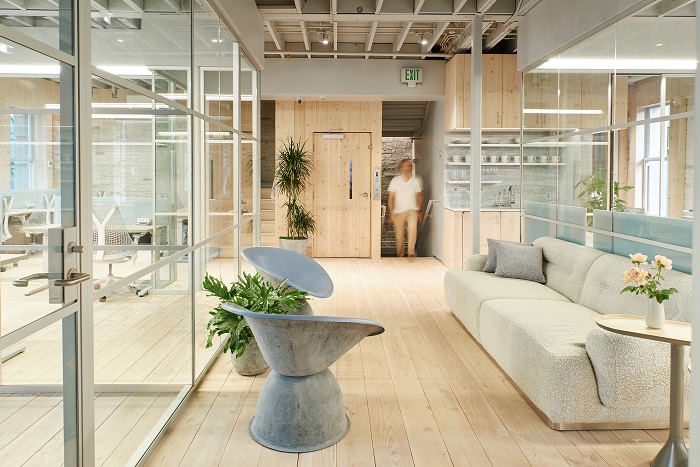 In an undated image provided by Ben Kist, the interior of Canopy’s location in San Francisco’s Financial District. (Ben Kist via The New York Times).

Some coworking operators appeal to specific subcultures, slicing and dicing the flex-space market into ever narrower segments

These days, cannabis entrepreneurs have their own workplace. A flex space that caters to indie game developers is open around the clock. And there’s a shared office environment for dog owners who can’t bear to leave their pooches at home.

The Wing (from $185 per month) was founded in 2016 as a coworking and networking company for women. It has three locations in New York, five elsewhere in the United States and a just-opened offshoot in London. At one time, the company was reported to have a waiting list of 300 applicants.

The design is handled in-house, and much has been made of the millennial pink on the walls and the color-coded arrangement of books — all written by women or about women — on shelves billed as lending libraries. 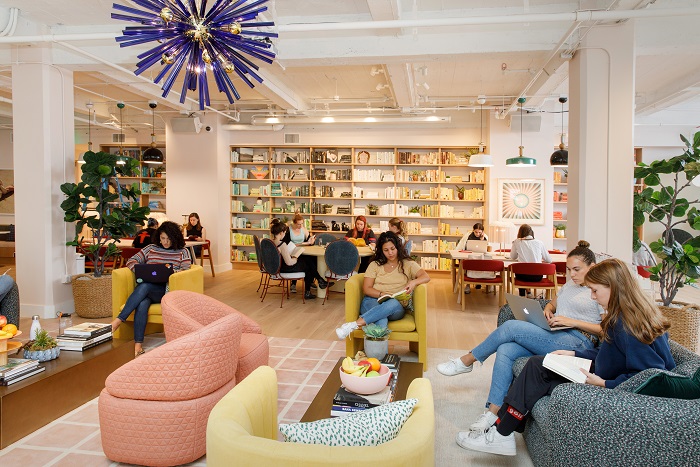 In an undated image provided by Tory Williams, the San Francisco outpost of the Wing, a co-working and networking company for women. (Tory Williams via The New York Times)

At the Lower Manhattan location of the Assemblage (from $495 per month), where the coworking floors are topped by hotel rooms and short-stay apartments, the vestibule sets a nature- and spirituality-inflected tone: Walls and ceiling are lined in preserved moss. A brass gong gleams.

On the open-plan main floor, designed by Meyer Davis, the piped-in background music was of chimes on a recent Friday morning. Textile wall hangings and low-slung modular seating are decidedly un-officelike. Meetings can be held in a tearoom, where floor cushions provide seating. There is a yoga room for stretching and an elixir bar for infusions said to aid in digestion and mood.

David Rockwell, whose firm has produced glitzy restaurants, Broadway stage sets and even the Academy Awards auditorium, got the design ball rolling with the Manhattan and Hollywood locations of NeueHouse (from $650 per month). The Toronto-based DesignAgency, perhaps best known for Momofuku restaurants, has taken charge of the third, scheduled to open in January in the historic Bradbury Building in Los Angeles.

At least some of the inspiration goes back to WeWork, of course — which emerged as the front-runner in coworking space. The company’s look began evolving in 2017, when menswear designer Adam Kimmel was appointed chief creative officer.

Under Kimmel, common spaces began to take on the feel of high-end interiors, furnished with pieces by 20th-century masters.

Kimmel resigned from the company last month, one of several high-level executives to depart after its recent financial turmoil.

In the absence of Kimmel and amid the general belt-tightening at WeWork, design watchers will have to wait and see if the sophisticated new look survives.

All our Pacific Workplaces locations are designed with functionality in mind so you can work productively witin a friendly and supportive environment.  Find a location near you.