Why Consultants Quit Their Jobs to Go Independent

From Pacific Workplaces: To our coworking communities filled with talented independent consultants, this article as seen on Harvard Business Review is for you!

The talent game for big employers is changing

While firms have traditionally competed with each other for talent, they are now up against the prospect of their own consultants going independent.

Surveys of workers in the U.S. and Europe have found that approximately 25%-35% of respondents say they freelance for a portion of their work income. The popular conception of gig workers tends to center on lower-skilled and lower-compensated freelance workers such as those who provide services through Lyft and TaskRabbit. However, recent U.K. research revealed that 59% of the gig economy is made up of knowledge and professional workers, and only 16% are drivers and delivery workers.

To better understand who is going independent and why, and what this might mean for companies, we worked with the management consultancy Eden McCallum (where one of us works) and London Business School to conduct an online survey of independent consultants and traditionally employed consultants in Europe and North America.

The independent consultants in our sample are highly experienced, and approximately 75% are the main or sole household wage earner. Most (90%) said they proactively chose to start independent consulting, whereas only 10% reported being forced to go independent as a result of losing a job. When we asked the consultants how long they intend to work independently, two-thirds (68%) planned to remain independent for more than three years, up from only 32% when we first conducted the survey in 2002.

The vast majority of independent consultants (90%) in our survey reported that they are satisfied with working in this way, and our data indicates that they are more satisfied with their current professional life than our employed consultants. They are also successful. Most are earning more, or at least the same amount, as when they were employed, despite working fewer days. Independents also rate their current work quality as higher compared with when they were at traditional consulting firms.

Our data suggests that independent work is appealing because it allows people to balance their professional and personal lives. The majority of independent consultants we surveyed said they feel more gratified in their work and believe they are providing a better service to their clients compared to when they were employed. The consultants also report having more control over their time outside of their jobs.

Of course there is more uncertainty and instability built into the independent career path; there are no employee benefits, no brand recognition to lean on and career progression is not as clear. The amount of freelance work and earnings can vary widely. But for many freelancers, security and stability hold limited appeal. They are confident that they can earn what they aim for — and most people we surveyed do in fact meet their goals.

Independent consultants also said they do not miss the internal politics and career management involved in staying inside a traditional firm. It is important for them to be able to choose where, when and with whom they work. Interestingly, their traditionally-employed peers also find such elements important, but satisfaction levels with them are significantly lower.

The sort of flexibility offered by freelance work is particularly appreciated by the women we surveyed. They cited greater control over their time and a better work-life balance as the two key reasons that they became independent. While this is true for men as well, the emphasis was greater for women.

The freelance path also appears to address the persistent issue of a gender pay gap found at traditional consulting firms. Consultants’ self-reported full-time equivalent salaries indicated that women are more fairly compensated when they go independent. Specifically, our survey data revealed a 28% gender pay gap for those employed in a traditional firm, but this gap closes to 3% when these same individuals are working independently. 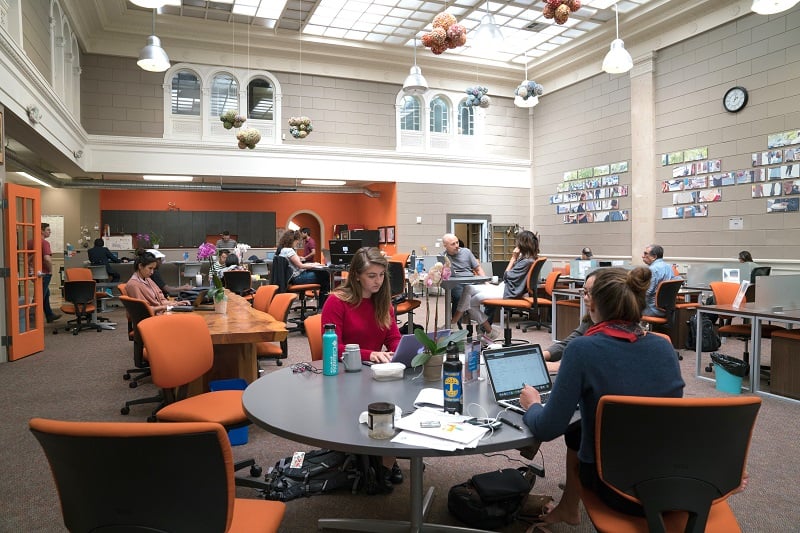 Coworking spaces can offer cost-effective and flexible workspace solutions for independent consultants.  Access to a community of other freelancers is also key to combat loneliness that often comes with independent work.

How traditional employers can respond

The benefits of the gig economy present a challenge for traditional employers. Some of your most talented people can see an attractive and viable life for themselves outside the corporation.

Companies should reconsider the employment offers they make to their most talented people in order to convince them to stay. Here are a few ways to start:

— GIVE EMPLOYEES MORE CONTROL OVER THEIR WORK: While project work lends itself to flexibility, you want your highly skilled employees to feel they have discretion in choosing not just when they work, but also what they work on, and how they do it.

— CREATE A BETTER SENSE OF WORK-LIFE BALANCE: This is the No. 1 reason highly skilled employees go independent. It is not enough to just make flexibility an option; it needs to be destigmatized in your organization. Workers need to feel that taking advantage of flexible work policies will not cause them to be perceived as less committed to their roles.

— RECOGNIZE THAT HIGHLY SKILLED WOMEN AND YOUNGER WORKERS ARE BEING UNDERVALUED IN TRADITIONAL FIRMS: It is essential that firms take the time to assess their policies and practices and consider ways to root out systemic biases. For example, not offering enough parental leave, requiring that workers be available to clients 24/7 and promoting based on “presence” rather than output all undermine women’s advancement.

— CREATE AN ‘INDEPENDENT’ DIVISION: Many traditional firms have chosen to create a separate division to offer former employees (or current ones) the option to work as independent professionals. One example is PwC’s Talent Exchange, a marketplace for freelancer workers. It allows the firm to access the skills of independent consultants, and experiment with a new approach to work and careers.

Looking for a flexible workspace solution?  Find a Pacific Workplaces location near you.