Five years ago this month, NextSpace Coworking Berkeley opened, becoming one of the first coworking spaces in the East Bay and the seventh NextSpace location.

The only coworking space in downtown Berkeley in its early days, NextSpace Berkeley is now one of four in the neighborhood, but it remains a standout of the Bay Area coworking landscape and the global workspace ecosystem.

Located in the original Wells Fargo bank building, NextSpace Coworking Berkeley has magnificent high ceilings, tons of natural light, a fantastic meeting room inside an old bank vault, and a close-knit community made up of writers, activists, lawyers, tutors, graduate students, startups, and some furry friends that members have grown quite attached to. 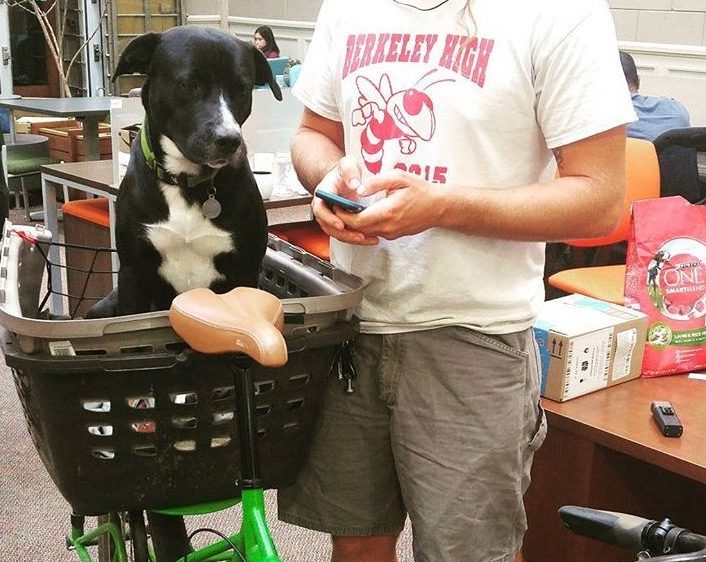 “The members of NextSpace Berkeley have a strong sense of ownership and the community is only getting stronger,” says NextSpace founding community manager Iris Kavanagh. “For legacy members, this is their space. Through a lot of transition, including new leadership, the core community has remained consistent.”

Creating an Inclusive Space for Entrepreneurs in Berkeley

NextSpace Coworking Berkeley is an active part of the extended Berkeley community. The community hosts regular events in the space and it is the author’s lounge for the renowned Bay Area Book Festival.

In June of 2017, NextSpace was acquired by Pacific Workplaces, provider of on-demand offices with 18 locations throughout California and Nevada.  In the past year, Pacific Workplaces has worked to bring its operational expertise to better service the members of NextSpace.  Moving forward, the NextSpace Berkeley team is working on a redesign and remodel of the space. The vision is to draw more people into the community and facilitate more interaction with the locals. Plans include bringing more young people into the space and finding ways to involve students from Berkeley Community College, Berkeley High School, and the University of California in the community.

On Friday, June 22, NextSpace Berkeley celebrates its 5 year anniversary with a party in the space from 4-8 p.m. Festivities include a DJ, musical performances from Eileen Sho Ji and Yaseen, a visit from Mayor Jesse Arreguin, a virtual reality demo, food, and guest speakers.  The event is free to the public and all are welcome to attend the anniversary celebration.

Quotes from our NextSpace Berkeley Members

“As a writer, I find that a communal, positive workspace is essential. The vitality of NextSpace gives me the energy to create and build my work, and the supportive community is there when I need a break or some good conversation. Over the past year at NextSpace, I worked with a co-author to conceive, pitch, sell, and begin to write a children’s book series.”

“NextSpace has always been there. When office spaces became expensive, NextSpace was there. NextSpace, what’s the next space you’ll be pioneering?”

NextSpace Coworking Berkeley is powered by Pacific Workplaces, a leader in the shared workspace industry. For more information on NextSpace Berkeley, or to see off a list of our 18 locations, check us out at PacificWorkplaces.com.